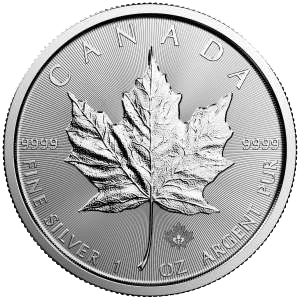 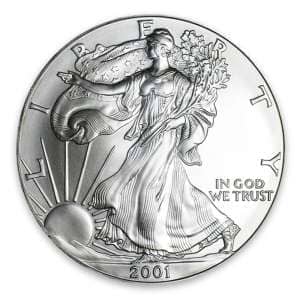 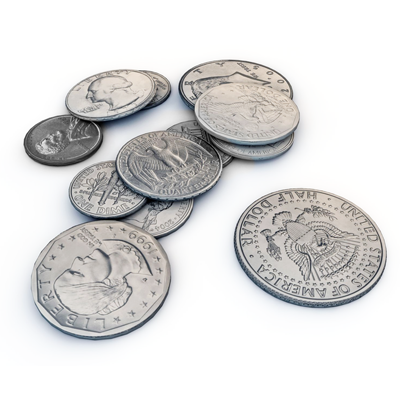 Most Active Silver Coins for Sale

View All
IN STOCK How to Buy Silver Coins

Silver investors and coin collectors know that silver coins are among the most popular assets in the precious metals market.

Owning physical fine silver coins offers many advantages one cannot get with other, intangible investments. Out of all forms of silver bullion, coins are the most liquid and desired.

After reading this guide, you will be familiar with silver bullion coin basics. You'll learn answers to some of the common questions such as: How to buy silver coins, which are the most popular silver coins you could start with, and more.

So, why are silver coins good for investors?

Advantages you gain by buying silver coins are numerous, and here are some of them:

Where to Buy Silver Coins?

Penny Pincher Coins has a large selection of coins from the most reputable world mints, and we 100% guarantee their authenticity. We are strongly against any counterfeiting practices and take all precautions and safety measures.

Buying silver coins from our web store is quite simple:

You can purchase silver coins on the website and pay cash for them in the Fairfax Store and save shipping and insurance fees. Our team of experts will welcome you and make sure you feel respected and safe throughout the process!

The following six are the most popular sovereign silver coins in the world:

American Silver Eagles are the most recognizable silver coins from the United States Mint. It was first minted in 1986 under an Act signed by President Ronald Reagan. Since then, it has grown to become the most popular silver bullion coin for U.S. bullion investors.

It is .999 Fine Silver and has 1 troy ounce Silver (ASW). The United States Government guarantees the weight of 1 oz, purity of .999, and fine silver content.

American Silver Eagles are produced by the U.S. Mint and are sold to dealers at a premium above the value of the silver. They are then resold to smaller dealers and the public.

Canadian Silver Maple Leaf lands squarely in the second place of the most popular silver coins globally. It's also one of the most eye-pleasing ones, with the premium Maple Leaf design that adorns many coins issued by the Canadian Mint.

Tthe Canadian Silver Maple Leaf coin is one of the rare silver coins that can pride itself on the purity of .9999. This means it contains one troy ounce of 99.99% fine silver.

To give you an idea of the oscillating mintage numbers, here's an example: in 1988, when the Canadian Silver Maple Leaf was first produced, it had a mintage of approximately 1.1 million coins. As a contrast, in 1992, there were just about 343,800 coins issued.

Guaranteed by the Royal UK Mint, the Silver Britannia Coin cointains 1 troy ounce of silver and has a face value of £2 and is a popular choice amongst investors. Until 2012, this coin had a fineness of 958 (in other words, 95.8% of silver), and since 2013, it has been produced with a fineness of .999.

The silver version of the coin was first issued in 1997, with the famous design of Britannia, a personification of the United Kingdom.

Produced at the Australian Perth Mint, the Silver Koala coin is another great .999 Fine 1 troy ounce silver coin to purchase. Each year the design of the koala on the obverse changes, so each edition of the coin is unique in its own way. There are four other sizes, though some can be quite difficult to obtain. There is a half ounce, a tenth ounce, a ten ounce and a kilogram size. We've sold the 1 Kilogram Koala's before, they're quite impressive.

The reverse hasn't been changed from 2015, and it features the right-profile of Queen Elizabeth II designed by Jody Clark.

This coin is part of a bigger series by the Australian Perth Mint, known as the "Wildlife series." Each coin from this program depicts a native Australian fauna representative - including the kangaroo, kookaburra, wedge-tail eagle, and others.

Iin 2017, which was the 50th anniversary of the mintage of the Gold Krugerrand, the Rand Refinery began producing silver versions of the coin. At first, the coin was meant to be just a premium special edition, but due to its popularity, it became a regular part of the annual issues of the South African Mint.

It contains 1 Troy Ounce of .999 Fine silver. Both the reverse and the obverse side of the coin have the same design as the gold version - Paul Kruger, a leading figure in the South African Republic's independence, on the front, and the Springbok antelope on the back.

If there's one silver coin that threatens to take the Maple Leaf off the throne for its remarkable design, it's the Austrian Silver Philharmonic coin. The design has a significant cultural value, with a pipe organ instrument and Golden Hall, the most famous concert hall in Vienna, where the Vienna Philharmonic Orchestra plays. You might know it as a hall where the Austrian annual New Year's Day concert is held.

The reverse design depicts selected musical instruments from the Orchestra - the harp, cello, flute, bassoon, violin, and French horn. Another rare feature that you get with this coin is a euro denomination, with its legal tender of €1.5.

Now that you're more familiar with how and why to buy silver coins you should feel more comfortable owning precious metals.

If you're interested in other silver bullion forms, check out our silver bars and silver rounds pages.